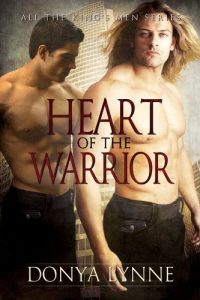 Conceived from a vampire father and a dreck mother, Severin keeps his lineage closely guarded. If anyone discovers that inferior dreck blood flows in his veins, it could destroy his life, which is already complicated enough. Not only has Sev’s father made a sudden and unwelcome reappearance, but Sev suspects he’s been marked by an assassin seeking blood vengeance. The last thing he needs is to fall for his teammate, Arion Savakis, but he’s already lost his heart to the notorious playboy.

Arion’s overbearing parents had his course plotted before he was even born, but what his parents want for him isn’t what Arion wants for himself. After finding out his new teammate, Severin, is gay, Arion develops a fascination for him that goes beyond curiosity. Their racy encounter just a month before was no fluke, and Arion realizes he’s been living a lie about his sexuality his entire life, forcing himself to be with females because that’s what was expected of him. But what he wants is a male, and not just any male. Arion wants Severin.

If Sev and Ari stand a chance at finding happiness with one another, they will have to confront prejudice, plotting, the threat on Sev’s life, and even each other. But will it be too little too late?