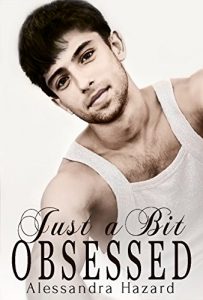 But what starts as animosity turns into something else. Something unexpected and very wrong.

It’s a recipe for disaster.

Publisher’s note: This book contains some M/F/M scenes, but it has a M/M HEA. Book 2 in the Straight Guys series.