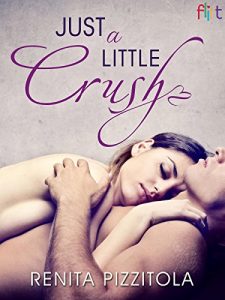 Good girls stay away from Ryder Briggs . . . or, at least, they try to. In Renita Pizzitola’s emotional novel of heartache and seduction, one college freshman just can’t get enough.

Brinley Dawson doesn’t drink, she studies—and despite the accusations of her alcoholic mother, she’s still a virgin. But if Brinley’s life is so put together, why is she freaking out to be going to college with the gorgeous, green-eyed jerk she kissed on a stupid dare in high school? Ryder Briggs can have any girl he wants . . . and the rumors say that he does. So why, after publicly embarrassing Brinley four years ago, is he suddenly acting like he’s interested?

Ryder never forgot Brinley. In fact, those perfect seven minutes permanently raised the bar for what a kiss could be. The truth is, Ryder doesn’t dare get too close to anyone. He knows how that worked out for his parents. But when his roommate takes a shot at Brinley, Ryder can’t contain his jealousy. Now he must do the hardest thing he’s ever done: forget about sex and convince Brinley his feelings are real.

Brinley isn’t sure whether she believes Ryder, but for the first time, her body isn’t playing by the rules. Then she discovers that she’s an unwilling part of a cruel game, humiliating her all over again—and Ryder might be to blame. Has Brinley’s little crush turned into a huge mistake . . . or has she found the one guy worth trusting with her heart?

Get Just a Little Crush by Renita Pizzitola at Amazon