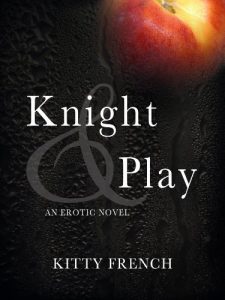 He thinks she’s too vanilla. She wants to prove him wrong.

There’s only one thing in life Lucien Knight really hates, and that’s husbands who cheat on their wives.
There’s only one problem in Sophie Black’s life. Her cheating husband…
From the moment Lucien & Sophie meet, the seal is set.

CEO of Knight Inc. Lucien Knight is catch-your-breath gorgeous and damaged by his troubled past in Norway. All grown up and relocated to London, he’s built his empire of adult clubs from the ground up to become the gorgeous patron saint of the sex industry. No one knows the dark childhood secrets that have given Lucien a backbone of steel.

No one until Sophie Black, that is… From the moment girl-next-door Sophie accepts the job as Lucien Knight’s PA, she understands how Alice must have felt when she tumbled down the rabbit hole.

Lucien takes her safe, vanilla life away and plunges her head first into a huge dish of fantasy flavours. He strips away all of her inhibitions, and when he instructs her to select three new toys, she realises he has more than a game of Monopoly on his mind…
How far is Sophie willing to go? And what happens when she has to step back into reality again?