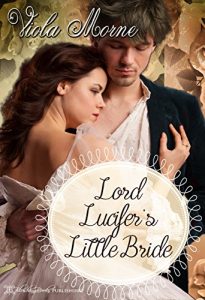 The Honorable Miss Phoebe Wincham has no plans to marry. She is happy doing her animal research in the country. A husband would be an unwelcome inconvenience.

Lord Lucian Beaufort is the biggest rake in London. A wedding is the last thing on his mind. But mired in debt and disgrace, Lucian has no choice but to marry the woman his father has selected for him. When he finds Phoebe tucked away in the nursery at a country house in Essex, he quickly changes his mind. Lucian is determined to marry her and to have Phoebe as his own little girl. Phoebe is dazzled by her handsome suitor and the way he lays claim to her body with both pain and pleasure. They settle in London, where married life in fashionable society offers its own challenges. Phoebe is afraid that her husband will revert to his roguish ways–and her fear and insecurity push him in that very direction. But Lucian is as stubborn as he is charming. Phoebe is his wife and he will risk anything to keep her—even his life.