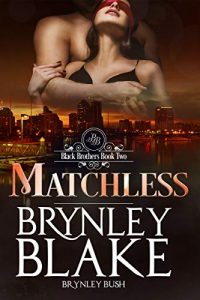 When her boss asks for her help on a high profile intellectual property case, the last person attorney Mila Kingston expects to walk into her office is the gorgeous stranger she had an unforgettable one night stand with on her birthday. Navy SEAL Griffin Black has been upfront since the beginning that he’s not looking for love or commitment, which is just fine with Mila, who’s focused on her career and certainly doesn’t have time for a charming playboy. However she can’t pass up the opportunity to represent Griffin and his brother in a landmark trade secret case involving a plant from the Amazon with the potential to cure cancer and the greedy woman who will stop at nothing to possess the rights to the research.

Although Mila’s determined to keep him at arm’s length, the more time she spends with Griffin, the harder it is to resist his easy going charm and his promises of forbidden pleasures. Before long, Mila is entangled with Griffin in a battle for the rights to medical research that could change the world of medicine, as well as her heart.

Intended for mature audiences only.