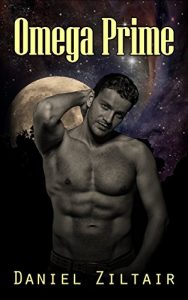 Fraternity leader and wolf shifter Marcelo Hunter leads his pack with an iron fist. As a powerful Alpha, nothing slips by Marcelo. His fraternity full of shifters run the school. All of the Betas and Omegas follow his word to the letter. Coming from a troubled past, Marcelo had become hardened by his life experiences. When he sets his eyes on something, he must have it.

Enter Damien. Damien is a freshman. It’s his first year on campus. As an Omega in heat, he draws the attention of every Alpha in the area. Naturally, he’s terrified. He knows he’s being stalked and followed. He feels helpless and alone. But he’s also desperately in heat and can’t keep it under wraps. He must learn to control his feelings or they could get the best of him.

Marcelo senses Damien during orientation. His body tenses and he finds himself irresistibly drawn to Damien. He must have him. There’s no question about it. Marcelo invites Damien to join his fraternity of shifters. He’ll be safer with them. Damien hesitantly accepts. Through a series of tests and trials, Marcelo pushes Damien to his limits. His initiation involves hot, rough tests. Damien finds himself growing more and more attracted to Marcelo with each tribulation he undertakes.

When he finally passes the tests, they celebrate. Marcelo takes Damien out on a night he won’t forget. In the heat of the moment, they both end up with more than they bargained for.

Get Omega Prime by Daniel Ziltair at Amazon