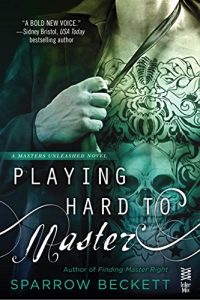 Known as a brat in the kink community, Everly can intimidate even the most experienced Dom. Then she meets Ambrose, a dominant who finds her ways amusing. Not only does he charm the pants off her, he makes her crave his mastery.

After being abandoned by his submissive, Ambrose has avoided any serious connections—until he meets Everly, who refuses to be ignored. But just when he thinks he’s found the perfect sub, he finds out she’s an anti-poverty activist with harsh opinions about the rich. Telling her he’s wealthy will ruin everything, but he can’t collar her with a huge lie hanging over them.

Will the best thing that’s ever happened to him walk away when she finds out the truth?