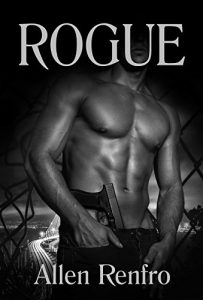 There’s something about evil that I want inside me…

By any measure Sean Tyler has the perfect life. He is a rising star in the FBI; he has a fantastic apartment in New Orleans and the pleasure of being one of the sexiest men alive. New Orleans is the ideal city for a man that loves wild nights and wild men. As a special agent of the FBI his job affords him the ability to indulge his dark fantasies of seducing criminals before arresting them.

When he is assigned a case in his hometown the past that he left behind comes flooding back. The secret that he still hides, a boyhood crush, his first love, his sexual awakening, all of it is still waiting for him. As he assists the local police in their murder investigation the secrets of his past begin to reflect in the clues of the case. It’s only when he realizes that dealing with the demons in his own life will he be able to stop a serial killer.

Get Rogue by Allen Renfro at Amazon