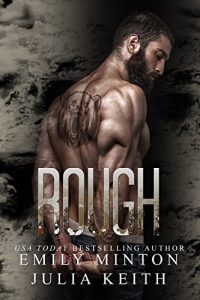 ***NO CLIFFHANGER. THE BEAR CHRONICLES OF WILLOW CREEK ARE WRITTEN SO THAT EACH INSTALLMENT IS A COMPLETE STORY AND CAN BE READ ALONE***
Ethan Artair lived his life happily in Willow Creek. Living among shifters, he was able to live free and allow his bear to do the same. Everything changed, the day a reporter came to his little town and made everyone’s life a living hell. As mayor, he had no choice but take a human wife to disprove the reporter’s claim that no outsiders are allowed their town. Disgust filled Ethan when he met his new wife, but his disgust quickly changed to something he never thought he could feel for a human, lust.

Amelia Calder is forced to live with the scars of her parents’ death. While growing up in foster care, her only desire was to see her younger sister be happy. Knowing her minimum wage job would never be enough to care for her sister, she made the only choice she could. She decided to move to a town she had never heard of and marry a man she had never met. Fear filled Amelia when she finally met her new husband, but her fear quickly changed to something else, something she’s never felt before, lust.

Can lust turn into love, between a human and a bear shifter?

Get Rough (The Bear Chronicles of Willow Creek Book 1) by Julia Keith, Emily Minton at Amazon