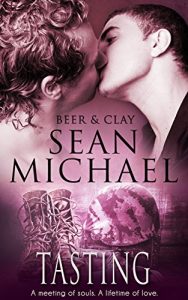 Book six in the Beer and Clay series.

Find out how it all began for Peter and Christian.

Before Toby met Damon, Peter and Christian found each other on the internet.

Luckily for Christian, seasoned Dom Peter recognizes Christian’s lack of experience and a kindred spirit in the man, and they take their conversations to text messages and Skype calls.

After Christian’s last deployment and only a few months before his discharge, he takes leave and visits Peter so the two men can see if they are as compatible in person as they seem to be online.

This is the beginning of a beautiful relationship.