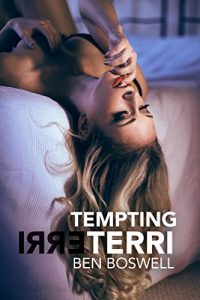 The long awaited sequel to Two Sides of Terri…

After sleeping with her ex-boyfriend and revealing a wild side to her husband that he had never suspected she had, can Terri and Bill get back to a normal routine? Is that what Bill really wants? And what is normal, anyway?

Now that Bill has seen this other side of Terri, he begins to question everything he thinks he knows about his wife. He worries that her desires will not end with Chucky, and that containing her would only lead to heartbreak. Figuring out their future means digging into Bill’s past and Terri’s desires. But the more they uncover and the closer they get to the truth, the more dangerous their adventure becomes.

Is Bill playing with fire as he sets out to tempt Terri? Read on to find out.