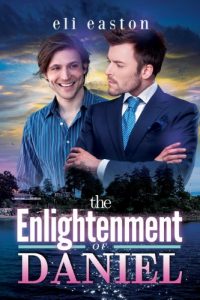 Business tycoon Daniel Derenzo lives for his work until his dying father reminds him life is short. When Daniel starts to reevaluate his world he experiences a startling revelation—he’s attracted to his business partner and best friend, Nick, even though Daniel always believed himself to be straight. In typical type-A fashion, Daniel dissects his newfound desires with the help of the experts at the Expanded Horizons sex clinic. He goes after Nick with the fierce determination that’s won him many a business deal.

Nick Ross was in love with Daniel years ago, when they were roommates in college. But Daniel was straight and Nick patched his broken heart by marrying Marcia. Two kids and fourteen years later, they go through the motions of their marriage like ships passing in the night. But Nick’s kids mean the world to him, and he’s afraid he’ll never get joint custody if they divorced. If he can trust his heart to an awakening Daniel, they all might find their way to a happily ever after.