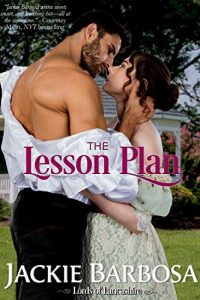 Sometimes, love is the hardest lesson of all…

Despite her imminent debut, Miss Winifred Langston has no interest in trying on expensive ball gowns, learning intricate dance steps, or perfecting the one piece she can play on the pianoforte. Freddie would rather don a pair of breeches and go target shooting, fishing, or horseback riding—astride—than be anywhere near a ballroom or high tea. Rather than waste the last few days of her freedom on such pursuits, she invites her two closest friends to join her in one final caper.

Now, he only has to convince the irrepressible Freddie to trade her breeches and madcap ways for the gowns and domesticity she despises.