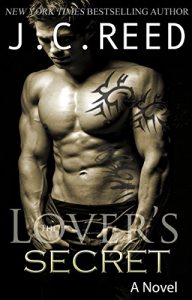 It was supposed to be a silly game.
He offered one night with him and left me a key card.
I accepted his invitation.
We met at the most expensive hotel.
He was rich, and tall. Arrogant, and sexy as hell.
He didn’t tell me his name, but I know him too well.
The shape of his tattoo.
The way he smiles at me when he thinks I’m not looking.
He’s a man of power, a man who stops at nothing to get what he wants. Claiming, possessing, owning. That’s what he wants.

When I accepted his offer, I had no idea what one night with him would entail.
I let him possess my body. I let him take the lead.
I thought I knew him. Turns out, I don’t.

Now that I’ve put my trust in him, the past has found me and the truth has shattered my world. He might be the only one who can keep me safe.

From New York Times bestselling author J.C. Reed comes a gripping and sexy novel that ties into her bestselling Surrender Your Love series. No Exceptions is a spin-off with its own storyline.

Get The Lover's Secret (No Exceptions series Book 1) by J.C. Reed at Amazon
Get Audiobook