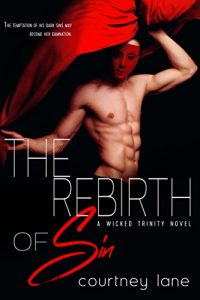 Keaton Mara once lived through a hell created by the most detestable malefactor she has ever known. Ready to put the worst behind her, she returns to the life she once abandoned with Noah, the man who arguably broke her and saved her simultaneously, at her side.

Noah Oliver is on what he believes to be an ordained mission. Purging the evil from the world is a crucial element of his personal vendetta. The seduction of the tormented souls, enticing them to give in to their temptations, accompanies his central mission.

Without Noah’s sanctuary to keep his more depraved desires satisfied, and with Keaton attempting to adopt a normal life, Noah faces an inescapable conflict.

Can Noah keep the devil off his back, or will the individuals he has the grandest plans for witness his wrath when they fall from grace?