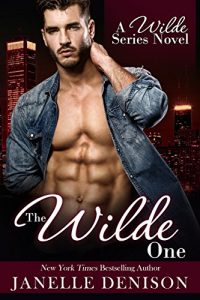 Untamable, sexy, and a complete rogue, Adrian Wilde more than lives up to his last name. The sports enthusiast loves any kind of adventure—especially with the opposite sex—and he’s determined never to let any woman change his bad boy image. It’s a feat he manages well, until Chayse Douglas asks him to pose for her charity “Outdoor Men” calendar. He agrees, but only if Chayse is willing to get those pictures at his cozy mountain cabin.

It promises to be one provocative weekend, especially when Adrian discovers that Chayse wants him to teach her the seductive pleasures only a bad boy can know…and as the nights turn very steamy, Adrian finds that sweet, sensual Chayse is the only woman who can tame his wild heart…

Get The Wilde One (A Wilde Series Novel) Kindle Edition by Janelle Denison, Erika Wilde at Amazon