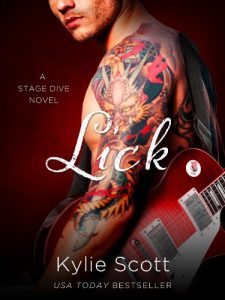 Waking up in Vegas was never meant to be like this.

Evelyn Thomas’s plans for celebrating her twenty-first birthday in Las Vegas were big. Huge. But she sure never meant to wake up on the bathroom floor with a hangover to rival the black plague, a very attractive half-naked tattooed man in her room, and a diamond on her finger large enough to scare King Kong. Now if she could just remember how it all happened.

One thing is certain, being married to one of the hottest rock stars on the planet is sure to be a wild ride. 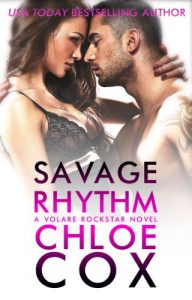 Fall in love with this sweet, sexy, sugarkink romance — a USA TODAY bestseller with over 200 five star reviews!

This is a stand alone novel in the best selling Club Volare series…Recommended for mature readers due to sexual content and strong language.

Declan Donovan is a liar.

And now he’s lying about the way he feels about sweet, submissive Molly Ward. But even that’s a lie–Molly isn’t all that sweet, and Declan loves it.

He’s gotten used to lying. It helps to hide the pain he’s sworn never to share with anyone else.

But Molly is on tour with Savage Heart for one reason only: get to the bottom of what happened the night the band broke up and then write a book that will bring them back from the dead. She’s determined to get through Declan’s lies and get to the truth of the man within, a truth she knows hides deep scars.

Molly knows that if she wants a career that can support her and her sister, she needs to command respect. And she’s determined to resist the physical need she feels whenever she’s near Declan. Whenever she hears his voice. Whenever he says her name.

Whenever he touches her.

But Declan is the Dom that Molly has always fantasized about, and she wants nothing more than to explore her sexually submissive side–with him. Too bad he’s exactly the kind of guy that will break her heart. She’s been on that rocker ride before, and she can’t do it again. Not with what’s at stake.

Until she hears him sing…