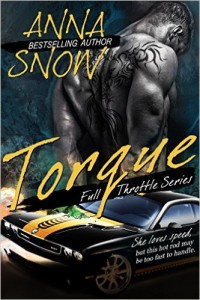 Racecar driver Celeste Charles loves nothing more than fast cars, but fast men are another story which is why she can’t figure out how fast-talking, Master Mechanic Luke Mathews, despite his rugged good looks and killer charm, causes her motor to run so hot.
Luke is one hot rod she has no interest in racing, but when Luke keeps a promise to his grandfather to check on Celeste before the big winter storm hits, the pair finds themselves snowed in at her cabin.
Soon, their dislike of one another takes a steaming turn neither one of them expects.

Get Torque at Amazon 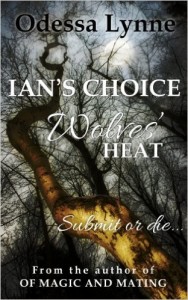 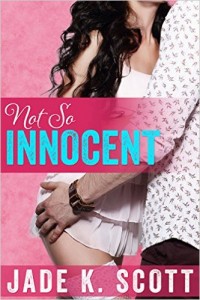 What do you do when you fall in love with someone who is so completely and totally off limits to you that you’d be disowned by your own family?

That’s what happened to me. I fell for him the minute I laid eyes on him. It was an all-consuming passion that I just couldn’t shake.

When he married the woman closest to me, it ripped my heart into a thousand tiny pieces. I couldn’t believe this was happening to me.

I guess he just saw me as this innocent little thing, because he barely gave me a glance. I’d just have to show him that I’m not so innocent, after all. Maybe then he’d see it was me he was meant to be with, not her.

Get Not So Innocent at Amazon 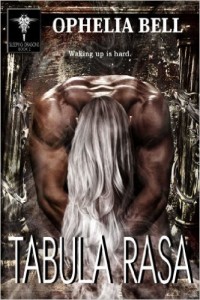 Camille’s smart, bookish, and very shy demeanor has left her in the dust where men are concerned. But she loves her job as a linguist specializing in lost, ancient languages. When she gets chosen for an expedition into the far reaches of the Sumatran jungle the likes of which no one has attempted before, she jumps at the opportunity. Along the way, she becomes enamored of the geologist, a beautiful man named Eben, but is too shy to approach him and he seems to keep his distance.

Something inside the dragon temple their team discovers awakens a deeper part of her, and soon she learns of the ritual to awaken a long-forgotten race of creatures the world hasn’t seen in half a millennium. Her research tells her she’s a key. A virgin sacrifice. But it doesn’t tell her what that means. The magic in the temple reveals only that the dragons must awaken for her to earn Eben’s attention.

She sheds her inhibitions in one dark, heated moment to make it happen. What follows is pleasure beyond her wildest and dirtiest dreams.

Publisher’s Note: Tabula Rasa is the second episode in a series of short novellas that include all kinds of fun kinks involving shapeshifting mythical beasts who breathe magic smoke and have very long, prehensile tongues. It is intended for adult audiences. 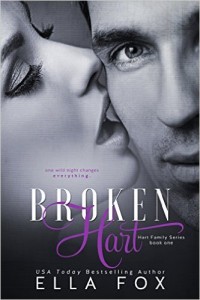 Sabrina Tyler is head over heels in love with her boss and best friend, Dante Hart. She thinks that Dante has no romantic interest in her but she’s wrong.

Dante doesn’t believe in love or commitment or any kind. Sabrina has gotten under his skin, but Dante has no intention of acting on it.

One wild night changes their relationship forever, but Dante lacks faith in love and doesn’t believe in Happily Ever Afters.

Can Sabrina break through and fix what’s broken in Dante Hart?